Methanol for a more
sustainable future

Electrification is expected to be the key enabler for the production of sustainable chemicals both with
respect to decarbonizing the heat input (fuel) and acting as a pseudo feedstock via electrolysis.

Methanol is the perfect choice of chemical to start the journey towards electrification. eMethanol™ can be produced from feedstocks obtained by utilization of waste streams, electrolysis hydrogen, and CO2 capture.

By combining the world’s best methanol catalyst with a reliable and flexible process design tailored for the individual client project, Topsoe can provide the simplest and most efficient solutions.

Production of sustainable chemicals adds complexity due to new feedstocks being processed. This complexity is counteracted by utilizing a simple and efficient design combined with a catalyst optimized
for processing of new feedstocks.

Topsoe offers a complete design including everything from raw materials to Grade AA methanol. Optimal performance is obtained by delivering a solution based on the projects of each individual client.
This is regardless of whether or not the feedstock is based on waste streams or electrolysis hydrogen and CO2. Choice of CO2 capture and electrolysis technology will depend on client preferences and suitability for the project being developed. Topsoe has worked with a broad range of suppliers on these two technologies, and we will be happy to help you design the best solution for your project.

Many projects relying on renewable power must tackle the issue of a fluctuating power supply. Topsoe has developed the eMethanol™ technology to allow for a high flexibility in plant operations, where several different methods are used to handle a flucuating power supply. Here, there is no one-size-fits-all, as the best approach will depend on how the project is tied into the power supply and how the power fluctuations will occur.

"Methanol for a more sustainable future"

"Towards sustainable future with MK-317 SUSTAIN™"

How will the shift towards electrified methanol production occur? How to incorporate the latest technological solutions while taking advantage of the existing set-up?

What is the CO2 to methanol conversion rate? What can be said about overall process efficiency (i.e., electricity input to methanol equivalent basis)?
In general, each molecule of CO2 entering the process will exit as a methanol molecule. However, each CO2 molecule requires three molecules of hydrogen and will produce one molecule of methanol and one molecule of water.

The required electrical input will depend on how the hydrogen is sourced, and whether the methanol process is integrated into an existing plant or a stand-alone plant. If the hydrogen is sourced from an electrolysis unit, the power consumption (for hydrogen generation only) will be approximately 10.5 MWh per ton methanol.

Does the technology use CO2 from air capture or from other CO2 sources?
The technology can use CO2 from multiple sources such as direct air capture, point source capture (i.e., power plants, steel plants or concrete plants) or from other available sources. Depending on the CO2 source, there may be a need to polish the CO2, before it can be used for methanol synthesis. If biogenic CO2 is a requirement, the source can for example a be a biogas plant, be another type of fermentation plant or be the paper and pulp industry.

How does eMethanol™ fit in with RED II?
As of March 2020, eFuels are categorized as renewable fuels of non-biological origin in the RED II Directive and are not recognized as advanced fuels. Therefore, the average amount of renewable power in the national grid for the last two years will determine the level of support. Alternatively, the below requirements should be satisfied in order to achieve parity with advanced fuels:

In short it is not straight-forward at this stage, and several different considerations are required during project development. An organisation like the Methanol Institute can assist in helping to understand regulations in various countries.

Methanol is considered a poison, do you think this may hinder its use?
Methanol poisoning is a common public concern when it comes to its emerging applications. Standards
and guidelines must be put in place to ensure that the methanol is handled and applied safely. If this is
done, methanol should not be a health concern. It might be that this concern will limit the application of
methanol within some specific segments, but we do not believe that it will hinder the growing use of
methanol. Please consult the Methanol Institute homepage for more detailed information.

What size of plant capacity do you think the market will adopt in the near future?
We see that the near future market will primarily consist of small eMethanol™ plants with a capacity in
the range of 50 - 600 MTPD due to both the developing market but also to the available power
infrastructure. In the medium term , we expect to see projects exceeding 1,000 MTPD capacity to
be developed as part of renewable power build-out.

Where is the market for green methanol, and who are the main buyers? Will it be the chemical industry or the transport sector?
There is an emerging market for green methanol/sustainable methanol today, and it appears that there
is room for more. It is expected that the demand will increase even further as various applications are
beginning to develop. We see both the marine, biofuels, and chemicals market developing at a healthy
pace. 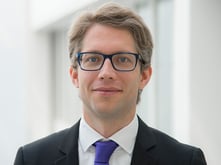